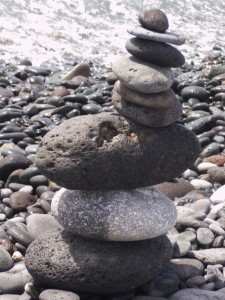 PTSD is generally thought to be a result of experiencing a traumatic event which generated feelings of intense fear, helplessness or horror.

This can happen to anyone, of any age, in any number of ways. We’re all different, and what can be water off a ducks back to one person, can severely affect the next. PTSD can appear as a wide range of symptoms, from mild anxiety which can fade with time, to more severe and persistent debilitating forms of flashbacks, hyper- vigilance, anger, grief, shame, mood swings and depression to name but a few.

The severity of these symptoms can, in some cases, lead to secondary problems such as marriage difficulties, job loss, drug or alcohol abuse. Sadly the sufferer of PTSD isn’t alone; often family and friends find themselves deeply affected by the changed behaviour of a PTSD victim.

Nothing can change historical facts! It is impossible to rewrite a past event, but what is possible is to change an individual’s perception of those events. And now, more and more people are finding that they can do this and free themselves of the nightmare of PTSD using EFT.

To understand how EFT works you can visit the EFT Page but to be honest the best way to find out is to see it in action. Hundreds of PTSD sufferers have found long lasting or permanent relief from their symptoms using EFT. So I encourage you to watch for yourself the video below and see these guys freeing themselves, because until you see this technique in action you’re never going to believe something this simple could possibly be this effective!

One of the difficulties of being affected by PTSD is that the mere talking about the trauma can bring on a bout of symptoms…thereby making ‘therapy’ a risky business.

Let me tell you, EFT allows you to work on an issue without necessarily having to discuss anything in detail; and even if the thought of having to face a therapist puts you off, maybe a telephone session would be easier and less inhibiting.
I would generally advise working with an experienced therapist in the first instance, just to get the ball rolling and get a better understanding of its application.

But because EFT is so easy to learn, you can become empowered by becoming your own 24/7 therapist therefore reducing your dependency on anyone else. So the next time you wake up in a cold sweat, you will have the answer at your own fingertips! The next time you feel your mood suddenly changes, you could have the skills to deal with it. The next time you are aware of a flashback kicking off, you can apply EFT to erase the images, smells and sounds.

Turn PTSD on its head and Diffuse Some Troubling Perceptions!

You have nothing to lose and a brighter future to gain.